Read on to learn more about where you can go to get your blood pumping on an incredibly pleasant, scenic workout in the snow!

The Best Trails and Resorts for Skiing in Big Bear

Snow Summit and Bear Mountain offer two diverse sets of mountainous terrain to accommodate skiers of all skill-levels, boasting 436 acres, twenty-six chairlifts, four high-speed chairs, nearly two thousand vertical feet, and over two hundred park features, such as rails, funboxes, and jumps. At Bear Mountain the crowd and vibe are young and there are more serious snowboarders out on the slopes, while Snow Summit is more traditional, and more family-oriented.

Tickets are also interchangeable between these two resorts, and both resorts offer lessons (for beginners and skiers who just need a fresher), equipment rentals, and seasonal passes. And don’t forget, both resorts offer plenty of discounts and specials, from free lift tickets (and more) on your birthday, to military and “Friends & Family Tickets” discounts. And there’s a free shuttle that runs between the two resorts, (which are located about two miles apart), so you can easily ski both resorts while you’re here.

Additional trails that you’ll find in the Big Bear area range from beginner to expert. Learning Curve, Easy Street, Amusement Park, and The Gulch are great for beginners. Intermediate skiers will enjoy Acceleration, Ripcord, Silver Connection Boneyard, Central Park, Hidden Valley, Outlaw’s Alley, Gambler, and The Park Run. Visitors who are up for a difficult challenge that will push them to their limit should seek out Rip’s Run, Outlaw, or Exhibition. Expert skiers should try The Wedge, Showtime, and Geronimo.

Fun factoids about both Bear Mountain and Snow Summit include their connection to Olympic Gold Medalist Shaun White, who spent a lot of time training on both Bear Mountain, where the first freestyle park was established in the 1990’s and Snow Summit’s Westridge freestyle run. Bear Mountain, (formerly known as Goldmine Mountain), has been in operation since 1969, while the family-friendly Snow Summit resort was begun a little earlier, in 1952. Locals and regular visitors just refer to Big Bear as “The Park” since most of its terrain is irregular, while Snow Summit is more traditional.

Additionally, Bear Mountain has three main peaks. These including Bear Peak (which has a nearly nine-thousand-foot summit and is the highest peak in Southern California with lift service), Silver Mountain, and Goldmine Mountain. There are sixty-two runs total, with over half of them being most fit for intermediate (40%) and advanced (30%) skiers.

So, head to Bear Mountain if you’re a freestyler or a medium to expert level skier (or avid snowboarder), and Snow Summit if you’re a beginner, or want to spend some time brushing up on your skiing skills. Snow Summit is one of the larger ski areas in Southern California, and features over thirty trails for all skill levels, with 10% beginner runs, 25% low intermediate, 40% intermediate and 25% advanced. Easy (beginner) runs include Summit Run, Skyline Creek and Sundown, and Intermediate runs include the Miracle Mile, Timber Ridge, Mainstream and Westridge Freestyle Park. Difficult and Expert runs include Ego Trip Park, Dicky’s, Olympic, The Wall and The Side Chute. There’s a Family zone and large Beginner Zone too at Snow Summit, a nice safe area for those skiers just starting out. And Snow Summit has a snowmaking system (as does Big Bear), so you can always hit the slopes no matter what the weather has been doing.

Unlike Big Bear, Snow Summit offers night skiing! Your day of skiing fun doesn’t have to end when the sun sets. While the slopes will be icier when it’s dark than in the daytime and it will definitely be a more challenging run than during the day, there are much fewer skiers out on the slopes at night and it is less expensive than during the day. And, swooshing downhill, under the stars and moon is something you have to try at least once while you’re here. And when you tire of skiing (if that’s even possible), head to Snow Summit’s Grizzly Ridge Tube Park and hit the slopes in a big, fat inner tube.

Make memories that you and your family, friends, and loved ones will cherish for years to come when you reserve your own ski cabin in Big Bear Lake with us! Contact the Big Bear Cabins office today to learn more about the multitude of activities and attractions that await you here in Big Bear in addition to skiing, and any other questions you might have. Let us help you plan your best Big Bear vacation yet! 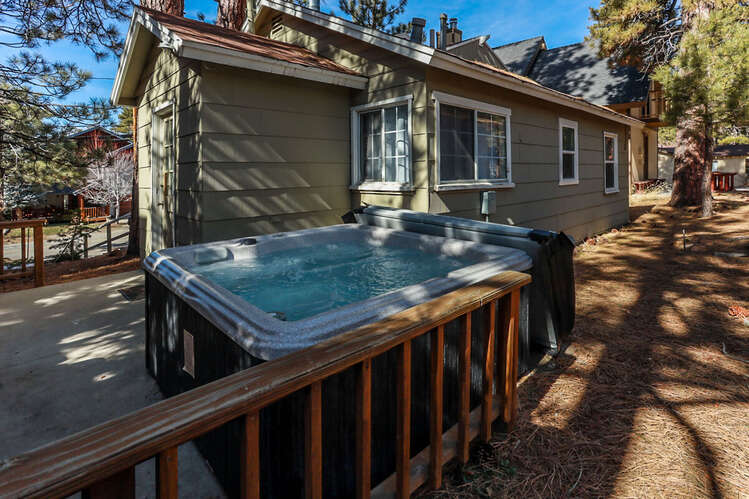